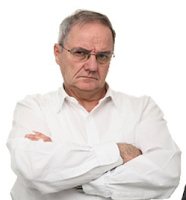 Most everyone is familiar with the phrase “the customer is always right” however we are all pretty aware that this might not always be the case. Recently I was speaking with a colleague who was explaining that they had one team in particular which had some application issues but that they were (in their words) difficult to deal with far more than anyone else.

I asked what the primary problem was with the application for this team and they said that they really weren’t even clear on that. For the most part their responses were one word. “Slow, unresponsive, painful”, as well as a few others which I won’t repeat.
For some reason I had a flashback to a time when I was working in a restaurant where I would regularly get the same one word complaints. A mentor I had at the time said “If you’re not part of the solution you are part of the problem.” He went on to say that when people complain in short one word responses that they may have just come to the end of their rope. So take that into account.
Find a way to generate some dialog on what would make the situation better, or in other cases find out why there seems to be a communications breakdown between them and yourselves. In some cases you will find that the bigger issue isn’t the application error which they are reporting, rather it could be the ability to escalate the issues in the first place.
Get the customer to outline what they would like to see happen. Keep in mind that the customer may be right but you also need to be able to deliver on what those expectations look like. Far too often the promise of over delivering will make the situation worse. Like everything else keep the improvements small and manageable and ensure that you solicit feedback from the business customer.